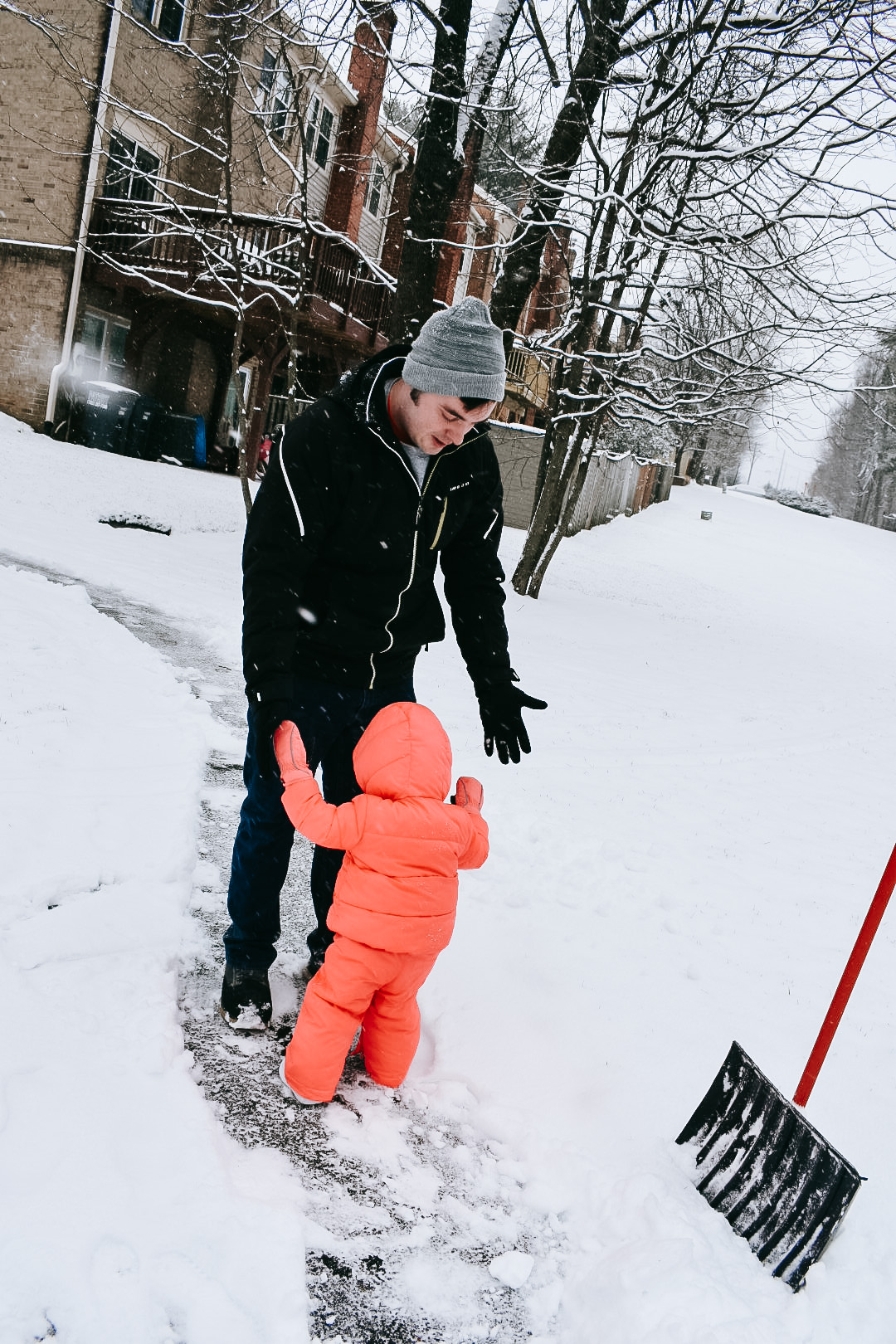 Having grown up in the Midwest, I am use to having snow. But living in Virginia, we don’t see a lot of snow during winter time which means Riley hasn’t gotten to experience snow. When it did snow this winter I couldn’t wait to rush Riley outside and have her experience the joys of playing in the snow!!! Unfortunately, Riley didn’t share my excitement. In fact, she felt the opposite. She wouldn’t let daddy put her down! I was so sad. I had envisioned building snowmen, sledding, and making snow angels. The next day when the snow was still around (quite shocking actually), I decided to bring the snow indoors! Riley could be in a safe and familiar environment while getting to investigate the snow. This worked wonders when we went outside later. She actually allowed me to put her down and stood on the snow! It might not seem like it, but this was a big deal! Riley started requesting snow being brought inside so she could continue to play with it. 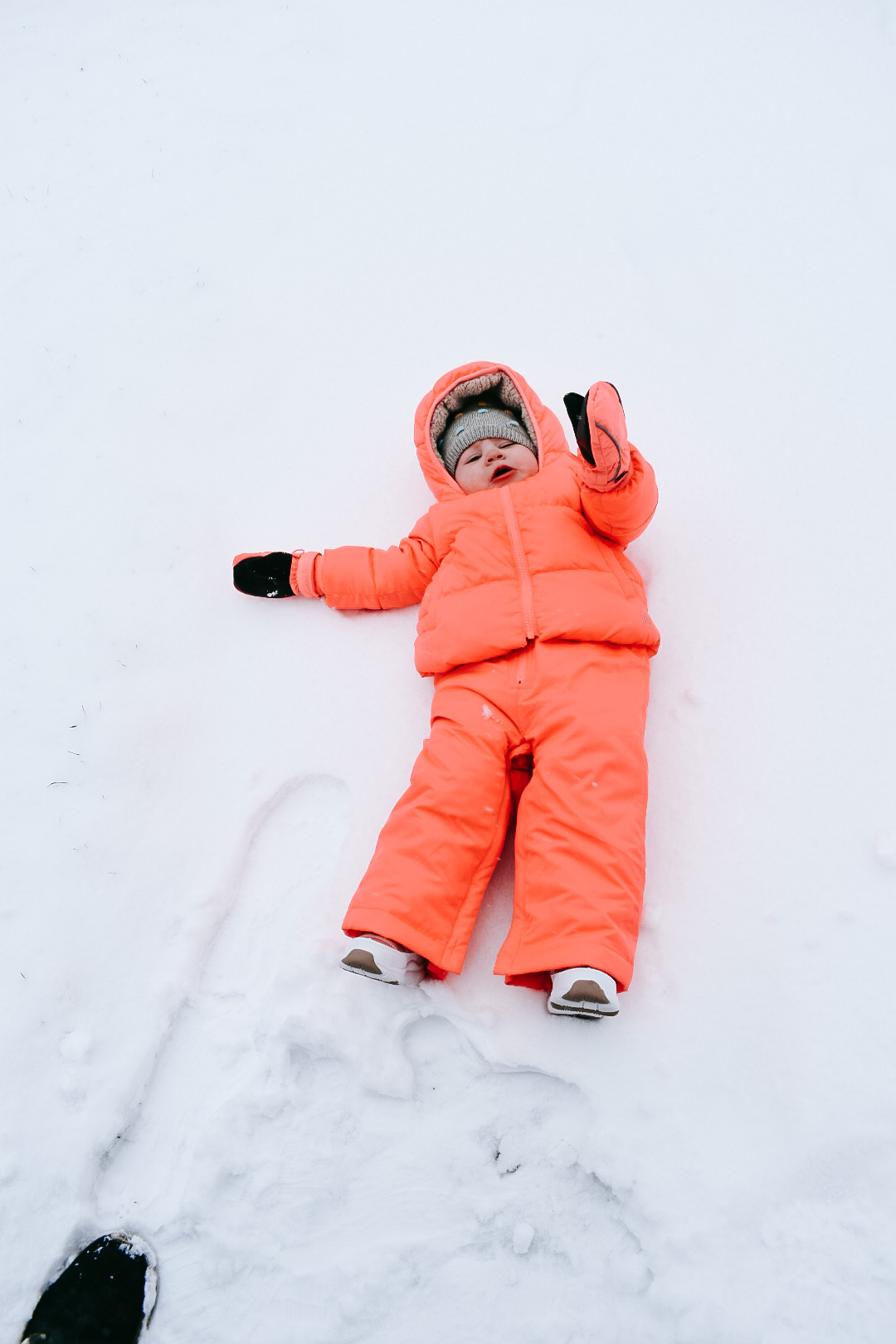 If your little one isn’t sure about the snow or maybe all the snow clothes are still wet from playing outside, bring the snow inside for some indoor fun without all the chill! If there isn’t any snow on the ground or you don’t get a lot of snow, I’ve included two DIY snow recipes so you can have indoor snow fun anytime! 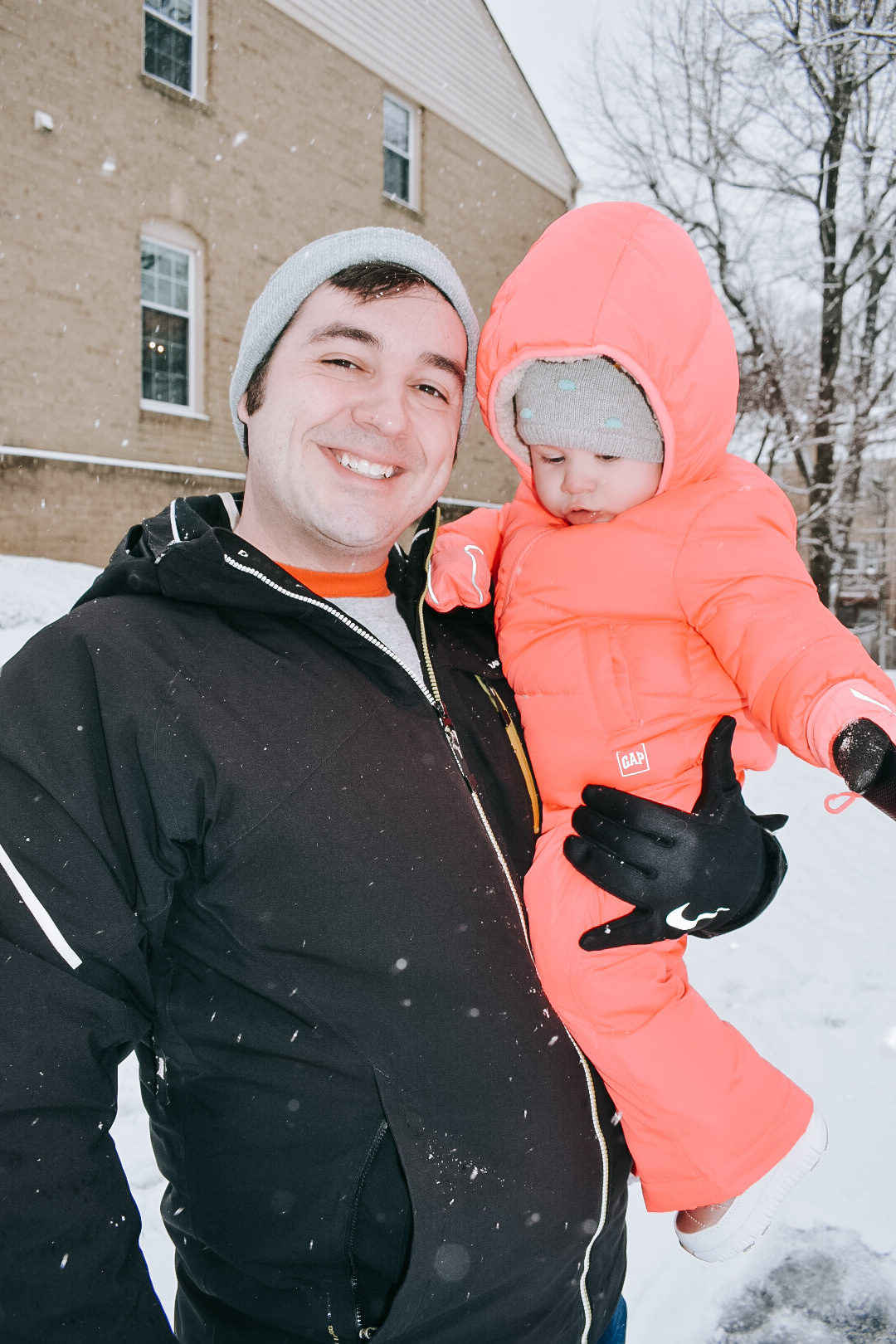 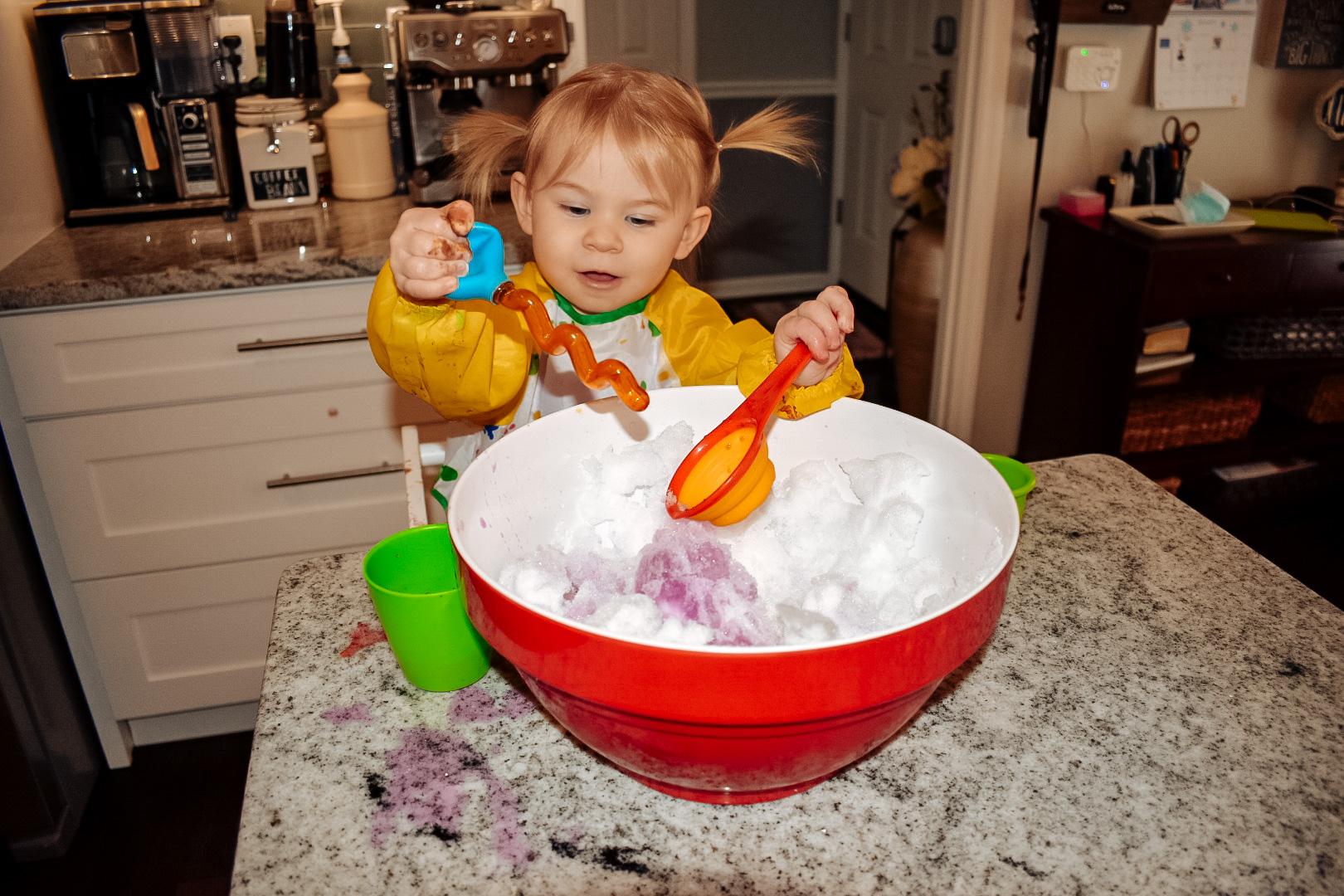 Note: Have towels ready as the snow melts. I recommend playing with the snow or fake snow on a waterproof mat, plastic table cloth, or a hard floor for easier clean up. 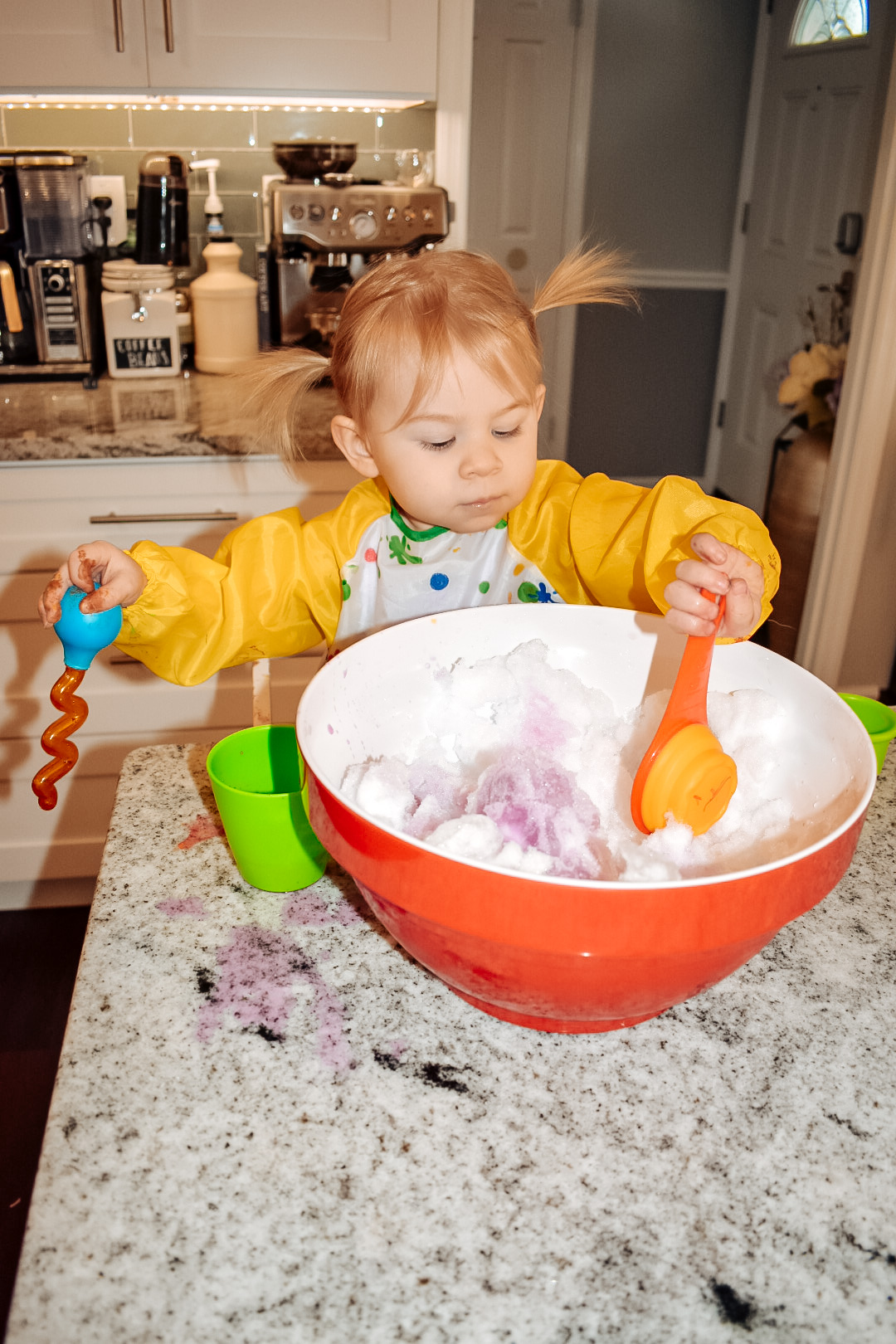 This snow has more of a packing snow consistency. 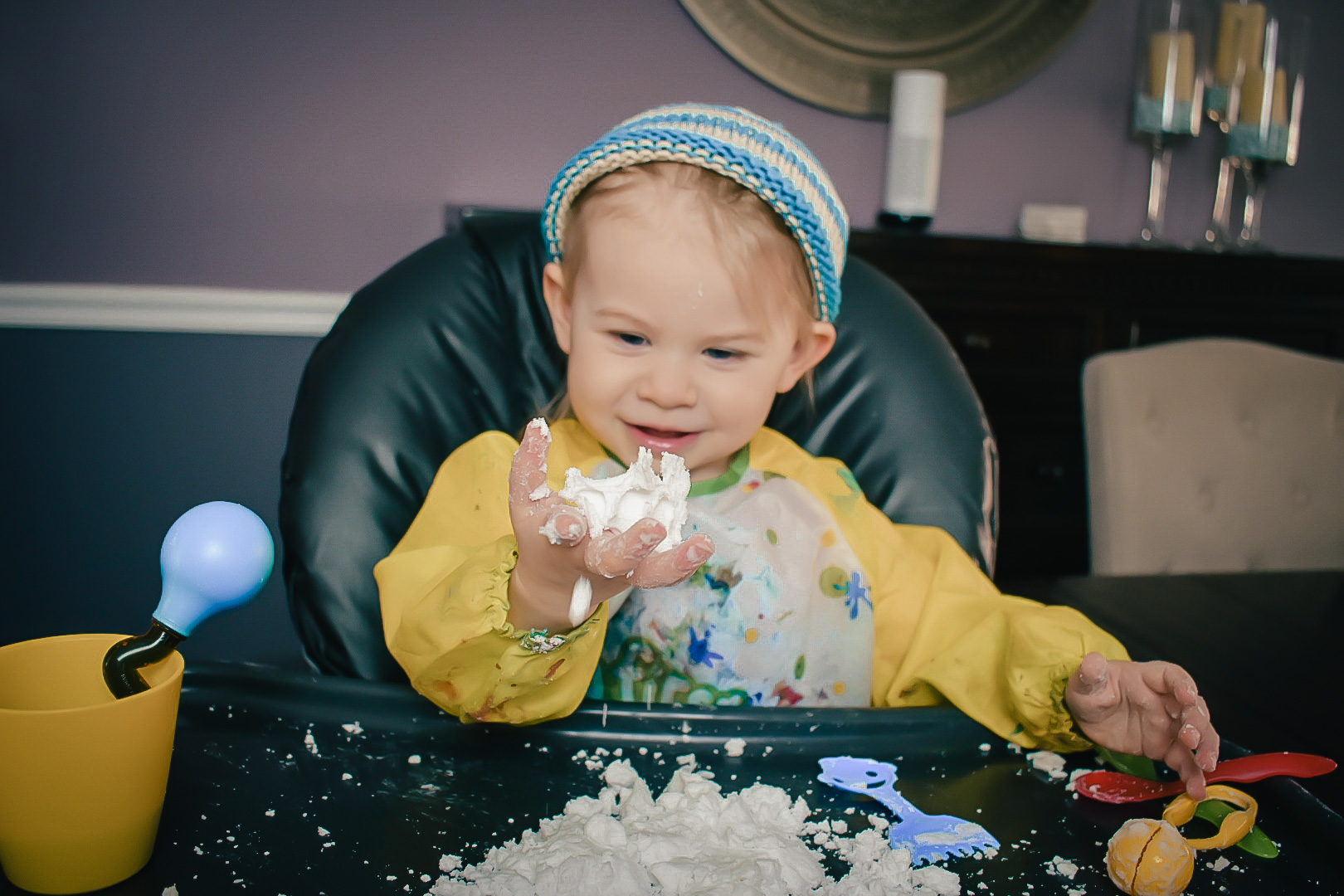 This snow has more of a powdery snow consistency 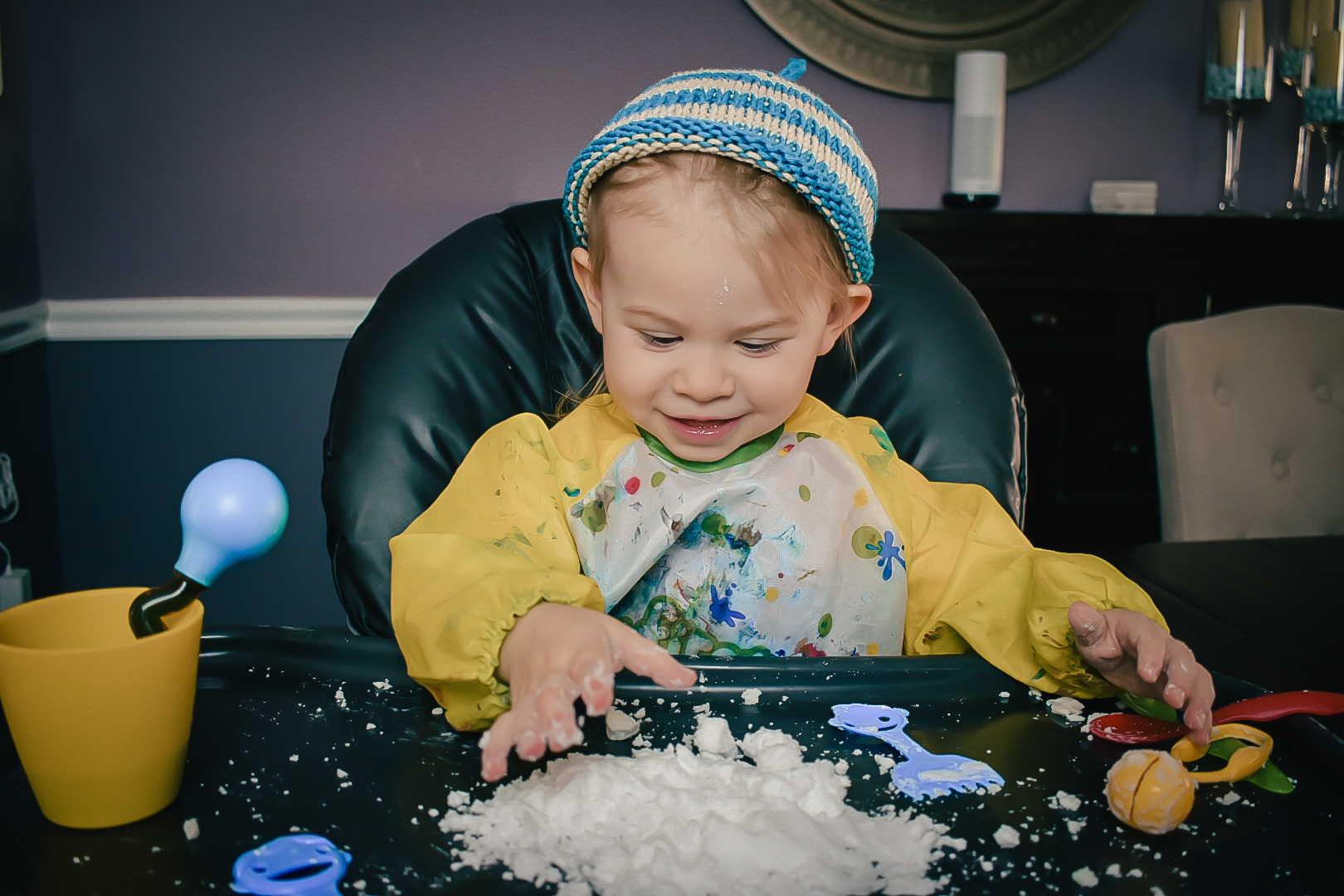 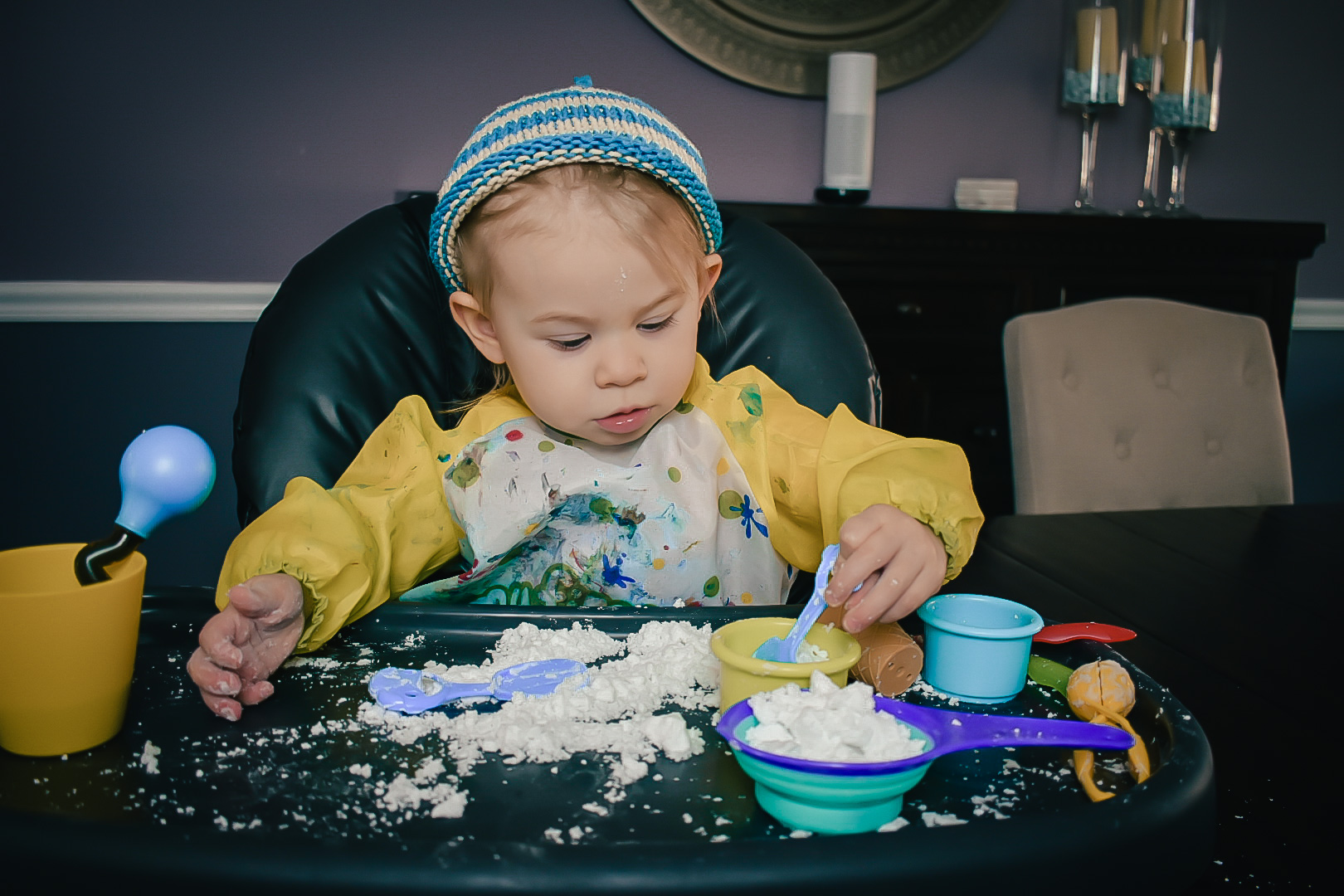